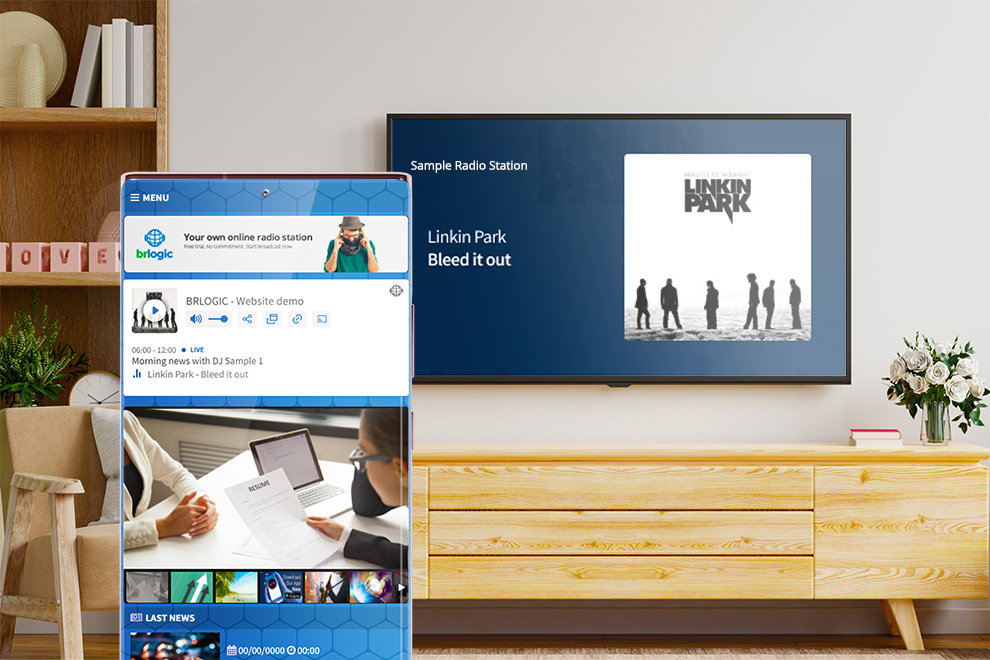 We realize how important connectivity is in online radio. The audience is demanding, and the competition is relentless. It means that your internet radio must cover as much ground as possible. But there was one barrier, which seemed to be natural. Playing your radio on TV was something far from reality… until now.

TV has evolved over the decades, as has radio stations. Until recently, it was the central object in the living room. We all remember sitting on the couch with the entire family to watch a soap opera, the evening news, or a movie, day after day. Like radio in the early and middle 20th century, TV has become the common attraction in the home in the late 20th and early 21st century.

But today, the TV has evolved to take on a new role in the home and acquire new functions. Once exclusively intended for audiovisual reproduction, like movies, soap operas, and TV news, today, the TV is also an object of decoration and control center for other media.

Having a Smart TV at home has become increasingly common. And if you have one yourself, you have probably caught yourself using it as a clock, watching the weather forecast, and even listening to your favorite music. With all these recent changes, could the TV be another channel for your audience to listen to your online radio?

Your radio on your listeners’ TV

You can now also enjoy this transformation of the TV function to benefit your online radio. With exclusivity, BRLOGIC offers players with built-in support for Google Cast so your audience can easily listen to your internet radio through any TV supporting this protocol.

Chromecast, Google Nest, or Android TVs are compatible and already tested devices allowing you to easily stream your online radio.

How to play the radio on TV

You can now control the playback via phone or computer to easily integrate your online radio with your listeners’ TV.

All it takes is for the listener to access your radio’s website and keep an eye on the player. The Google Cast button will appear as soon as they find a Google Cast compatible device.

To listen to the radio on your TV, simply click on the Google Cast button and choose which device to play it on. So easy, right? With play, pause, and volume selection, reproduction control is also made through mobile phones or computers.

All the browser players currently available to BRLOGIC customers have support for Google Cast. Among them are:

Google Cast is the streaming audio and video protocol developed by Google to simplify audio and video streaming. Its operation is straightforward: the device controlling the streaming, like a computer or mobile phone, searches its local network for compatible playback devices, such as Chromecasts, Google Nests, Android TVs, etc.

Your online radio site must be accessed through the Google Chrome browser for Google Cast to work correctly. Both devices (your mobile phone or computer and the TV) must be connected to the same network.

Take your radio to the big screen

If you already have an online radio hosted with BRLOGIC, spread the word to your audience right now! Don’t miss this incredible opportunity to make your radio station increasingly present in the daily lives of your audience.

And if you are not yet hosting your radio on BRLOGIC, no problem! You can try this feature right now, for free.

BRLOGIC offers a 7-day, totally free trial with no obligation. During the test, you can broadcast and listen to your radio on TV using Google Cast without limitations.

Do not waste time! Create your account now by clicking here, and launch your radio. The release is immediate! 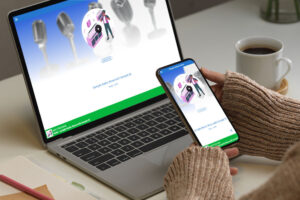 Create a Web App to listen to the radio on iPhone, Android, and PC